Tuyet worked in the finance and banking industry for 15 years in London specialising in credit and risk management within the commercial and business sector after completing her undergraduate degree in Economics. Tuyet recently embarked on a career change, obtaining a Masters in Psychology of Education at the University of Manchester with the ambition of fulfilling a long-term dream of becoming a Child Psychologist.  She believes it’s never too late to learn new things! She is currently employed by a national Charity undertaking Outreach services providing early help support to Early Years children and their families in South Manchester.

Tuyet has always had a keen interest in the development of children and strongly believes, if children are supported in a positive environment both at home and at school, we give them the potential to grow into happy and successful individuals.

Tuyet is grateful for the opportunity of having a Governor position at Gatley Primary and hopes that, by not being a parent at the school, it will allow her to bring a different perspective and challenge to the existing governing body.  She hopes her experience both in the corporate word and childhood development, as well as being a mum of two, will contribute positively to the strong leadership team that exists at Gatley.

Declaration of Business and / or Financial interests: 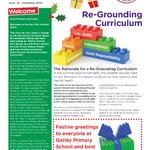 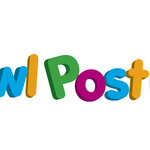